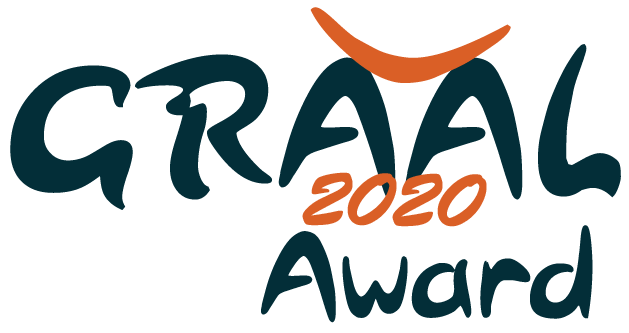 Grand Recognition of Achievement in Analysis and Leadership

Business analysis is recognized worldwide by a set of knowledge areas, tasks, and techniques as provided in The Guide to the Body of Knowledge of Business Analysis (BABOK® Guide) and promoted by the IIBA®. It is used to liaise between the stakeholders of an organization in order to understand the structure, policies, and operations of the organizations and ultimately recommend solutions that will allow the organizations to achieve their goals.

The GRAAL (Grand Recognition of Achievement in Analysis and Leadership) Award is a prestigious award that recognizes the successful achievement of business analysis work by an organization/team that has demonstrated both leadership and skills in applying business analysis practices. It was established by Mr. Philippe Gauthier in 2013, to recognize and reward leaders in business analysis. Mr. Gauthier was then Vice-President Skills and Certifications for the IIBA Quebec Region Chapter.

For its first year, in 2013, the GRAAL Award was addressed to organizations in the Quebec region. The following year, the IIBA Montreal Chapter joined efforts to extend the reach of the GRAAL award, making a recognition award across Quebec. Now in its 8th year, the IIBA Ottawa-Outaouais Chapter has joined the efforts to recognize the exceptional work done by organizations in Eastern Ontario.

To be eligible for the GRAAL Award, you must present how your business analysis team demonstrated leadership and used the activities and techniques described in the BABOK as part of a project or product iteration that had a demonstrated impact in Quebec or Eastern Ontario.

For more information about the GRAAL Award, please contact the Montreal Chapter or the Ottawa-Outaouais Chapter Director-at-large, Vish Sollapura.